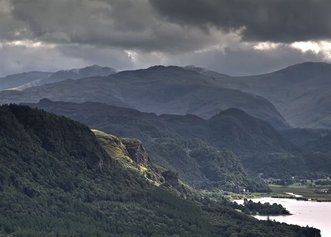 Sylvia established ‘Falconcrag’ in 1953 starting with Afghans & Boston terriers. But found her ideal breed in the borzoi. She judged Borzoi at Crufts in 1981 and also awarded  CC’s in five other breeds. Her story can be found through Sterling Borzois website written by kennel owner Lisa Cole who imported some of the last of the Falconcrag Borzoi to the USA.

In 2013 Falconcrag celebrated its 60th year, on the day the 40th Champion was made up!!

Pam Marston-Pollock began handling the Falconcrag dogs in 1967 making up the first champion whippet Another Rose of Glenbervie when she was 14 years old. Her interest in hound breeds has developed and she now awards CC’s in 17 breeds and has judged Otterhounds, Borzoi and Whippets at Crufts. She also judged the Hound Group at Birmingham National Championship Show 2011 for the first time.
Her interest is to produce valuable bloodlines for the breed’s future.

Steph Marston-Pollock is the 3rd generation of the Falconcrag breeders. Her talent is her professional handling and is now the handler that presents Falconcrag.  Steph has pursued this hobby abroad firstly in Sweden aged 12 where she showed two Borzoi with great success.
Steph started judging aged 15 and is now looking forward to awarding CC's in her first breed.
She enjoys success in the Ibizan Hounds and Whippets & made breed history with her Sloughi bitch in the 00's.
​Steph also handles for Gentle Mind kennel in Germany.